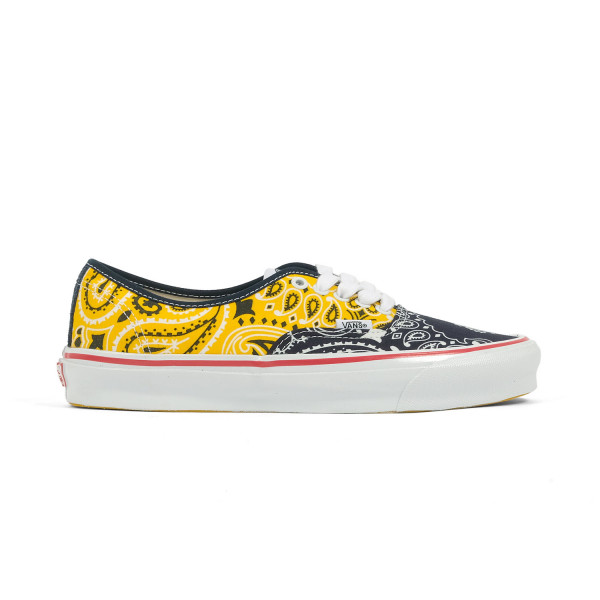 Vans’ original style, the Authentic LX, gets the Bedwin & The Heartbreakers treatment in three different bandana colorways. Subtle pattern variations make for a unique shoe and a red foxing stripe paired with a red 'Off The Wall' heel logo nods to Vans’ classic heritage.