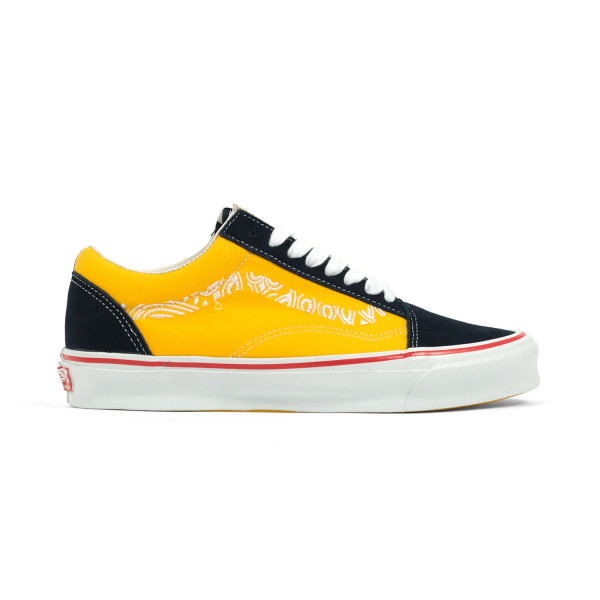 The Old Skool LX, the first shoe to bear Vans’ iconic Sidestripe, is elevated in rich blue canvas and suede, with a bandana Sidestripe and tongue.