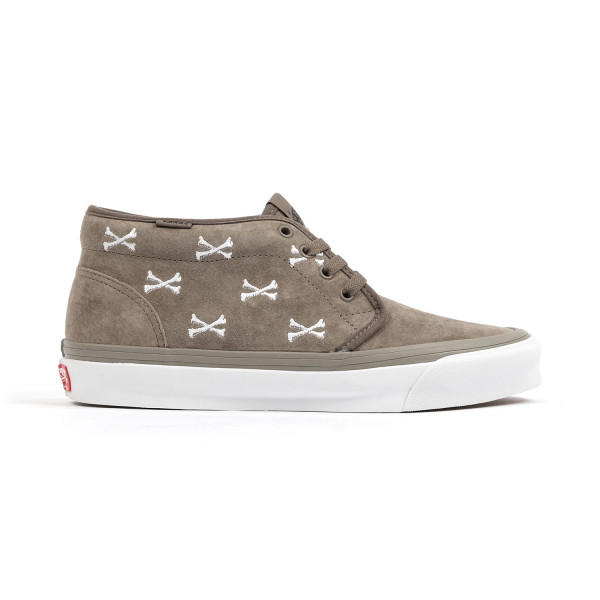 Description
Description
Vans Vault has teamed up with Wtaps for a new take on the UA OG Chukka LX silhouette,... more
Close menu

Vans Vault has teamed up with Wtaps for a new take on the UA OG Chukka LX silhouette, featuring a suede upper with all-over crossbone embroidery.

This release draws on the WTAPS bones motif, a signature of past Vault by Vans collaborations. All four of the OG Vault by Vans footwear styles feature custom WTAPS woven flags, but each have their own distinct vision. For the OG Chukka LX and the OG Era LX, the iconic bones pattern is embroidered across the upper. As a nod to the outdoors and military-inspired gear, all the uppers on the footwear feature the coyote colorway. The OG Old Skool LX features a printed WTAPS logo on the heel counter, while medial custom WTAPS Half Cab labels appear on the OG Half Cab LX, each are complimented with a tonal dark gray outsole. The mid-top skate silhouette joins the ranks of special colorways and limited designs to honor the 30th anniversary of the Half Cab. Drop one will also deliver a delivery of short sleeve tees in heavyweight jersey cotton with custom back graphic and woven label as well as crew socks each offered in black and smokey olive colorways.