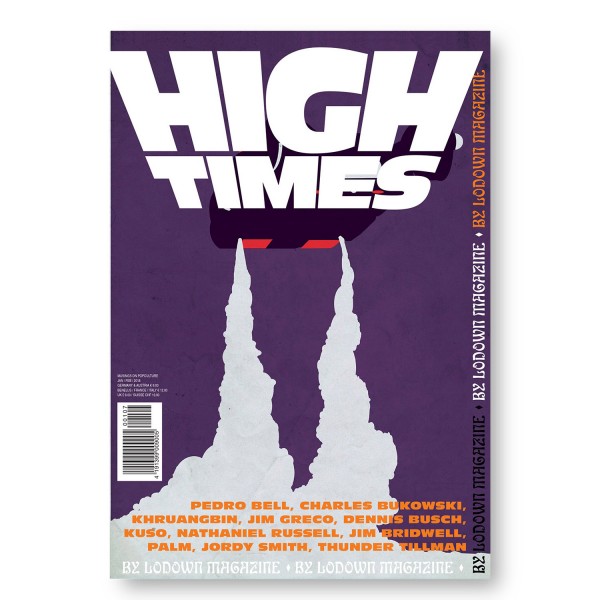 New Publicaton by Berlin's own Lodown entitled, 'High Times'. An impressive showcase of different artistic interpretations of and on the high times we’re living in, proving that one of the most impressive highs can be caused by creativity as it still is a very powerful weapon in the battle against reality.

- PEDRO BELL... otherwise known as Sir Lleb, is the artist largely responsible for the iconic album art and liner notes of Funkadelic, among others - in fact, Bell penned much of the mythology and conceptual narrative that accompanied the Parliament/Funkadelic revolution, expanding upon existing P-Funk ideologies and spinning his own.

- JIM BRIDWELL... the revered big wall climber and alpine mountaineer caught the climbing bug in his falconry days and dropped out of college in ’63 - a psychology and maths major - to pursue climbing and esoteric mind expansion. Oh, and contrary to popular thought, Bridwell says he only took acid on one climb the “Sea of Dreams” first ascent in ’78.

- DENNIS BUSCH... the times when collages were treated in an almost stepmotherly manner within this big circle of manifold artistic expressions are gone once and for all - and one of the most daring representatives of this vivid scene most certainly is German artist and self-proclaimed metaphysical bomber Dennis Busch.